Coin Terminology: What makes a coin a coin? 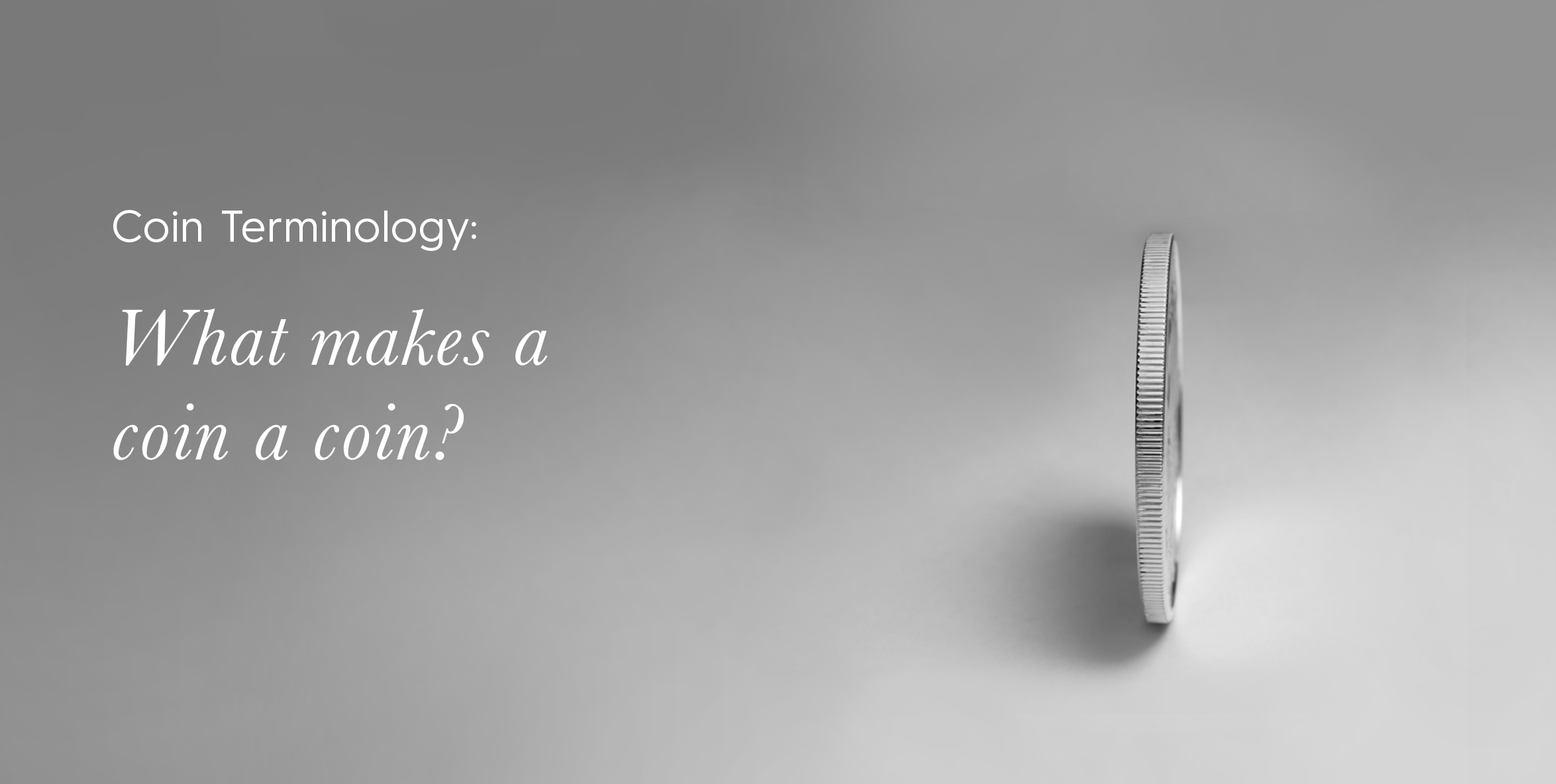 If it looks like a coin, is it definitely a coin? What determines if something is a coin or isn’t a coin? Navigating the world of coined currencies can be a tricky business. In this article we’ll learn about some useful terms from the world of coins, getting you better acquainted with your change.

Alloy
To produce a coin with the desired characteristics, alloys are often used. An alloy is when two or more metallic elements are combined together to form a composite metal. In South Africa we call a 50c coin a copper, even though it’s made from bronze-plated steel.

Authentication
Coins being what they are — money — means that forgers will forever be at play. Authentication involves the steps taken in order to determine whether or not the coin is genuine. Serious collectors, take note! Accurate authentication is essential.

Blank
Before any imagery or mark has been stamped onto the coin it exists as a flat, metal disk. This disk is known as a Blank.

Burnishing
This describes the coin’s unique finish. Using steel balls and detergent, any unwanted marks are removed from the coin’s surface. Burnished coins have a smooth, matte surface and aren’t as shiny as bullion coins.

Bullion
When a coin is made from a precious metal like gold or silver, it is known as a bullion coin. Its value is determined, like any other precious metal, in weight and content and in relation to the market price. Although considered currency, they aren’t exchanged in basic trade.

Circulated
While bullion coins aren’t used in basic trade, most other coins are, and can be exchanged and used in most shops that hold cash. Some though, spend their days under couch cushions.

Coin
The star of the show, a coin is a flat disk, usually in metallic form, displaying official markings on either side and commonly used as money within the state it was produced in. Coins have a monetary face value and are legal tender! If a similar looking object is not used as money, or considered currency, then it is not a “coin”.

Denomination
On most coins circulated as currency there will be a denomination or number displaying its value. And although you probably don’t pay too much attention to that number anymore, if a 3-cent coin pitched up in your purse, you’d be suspicious.

Die
A die in the world of coinage is one of two metallic pieces, each holding an inverted image of whatever is to be imprinted on that side of the coin. The dies a mint uses will be heavily protected since possessing them would make forging easier.

Effigy
In the world of coins an effigy is an image or likeness of a person displayed on a side of the coin. This person is usually a leader or monarch from the state in which the coin was produced.

Frosting
Before lasers, frosting was the practice of using extremely fine sandblasting techniques to provide a contrast between the different features displayed on the coin. The result is called a proof quality coin.

Grade
Grading systems have been developed to determine the condition of coins. There are generally five criteria for grading coins – strike, preservation, lustre, colour and attractiveness.

Medallion
Though it resembles a coin, a medallion is not one. As you may remember from earlier, a coin is not a coin if it is not recognised as currency. Medallions, like award medals, are not considered currency and therefore cannot be considered coins.

Mint Mark
All of the marks and symbols on the coin have some sort of meaning or function, like the denomination. Amidst those marks you will find the mint mark indicating the exact mint where the coin was produced.

Round
Rounds may look like coins, but they are different! Rounds are coin-shaped pieces of precious metal. They don’t contain a face value or date stamp, and are generally minted by private mints, not by a sovereign government. They may have melt value, but they are not legal tender. Designs of rounds can vary widely and can get incredibly creative or purposeful.
Our Ubuntu Gold is a 99.99% solid gold example of a round.

Now you know a little more about what makes a coin a coin! What started as a simple practice of exchanging common items has become a rigorous, regulated and detailed process of production and widespread circulation.