Can I melt my coin? 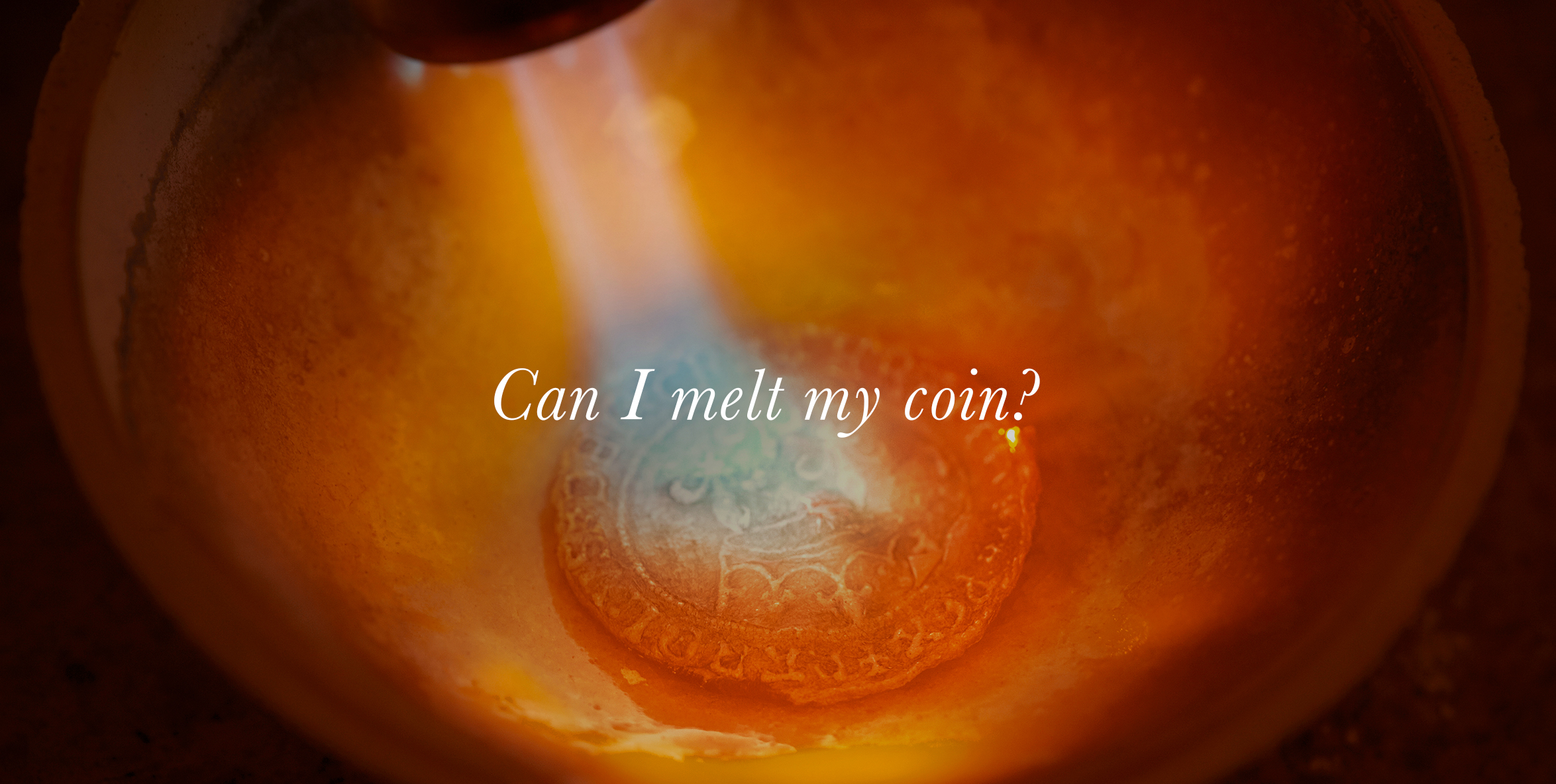 If you’re a jeweller (well, hello) you’re likely on the lookout for cost-effective materials to craft your pieces with. Metal being the staple of any jeweller, metallic items are often targeted, melted down and the metal is used to form new pieces of jewellery. And one of the most ubiquitous sources of metal is found in coins. But can you melt your coins down? Let’s discuss.

The short answer, is that it all depends on what country you are trying to do it in. In the U.S, pennies and nickels contain valuable metals like copper, zinc and others, so you are not allowed to melt them down for the purpose of solely selling those metals. However, if your intentions are of the creative kind, like jewellery, Uncle Sam says go right ahead.

In South Africa, as well as in many other countries, the laws are a bit stricter. Tampering with any currency or legal tender is against the law. This obviously includes melting it down. So, when you put that 5c on the train tracks and it was flattened, you were actually breaking the law.

Our research has suggested that even South African coins from between the years 1892 and 1902 remain categorised as legal tender, and until they are demonetised by the minister of finance, it remains illegal to melt them down, or tamper with them in any way.

It used to be common practice, and legal, to melt down your coins. But with the steep rise in metal prices in recent history, certain coin’s metal make-up began to exceed their currency value, and so melting them down became illegal in many states.

Jewellers may look to loopholes where melting down coins might be considered acceptable. Here are some questions around that idea…

If a coin is already set in a piece of jewellery could one melt that down?
In South Africa the answer is still no, since technically that coin can still be used as currency.

If a coin is already damaged and can’t be circulated, can I melt that down?
If the coin is recognisable as a coin, it is illegal to melt it down.

If a coin is out of circulation and not recognised as legal tender, can I melt it down?
If it’s not legal tender then it’s not technically classified as a coin, and you can melt that down.

In conclusion, if you are a South African and are looking to utilise your old coins, there are a number of things you can do – flip them for heads or tails, exchange them for paper money, actually buy something with them, or throw them in a fountain for a wish that makes it legal to melt them down.